At a time of financial bubbles, there is a surrealist aspect to watching an entire scaffolding, incapable of standing upright but nonetheless failing to collapse, as if suspended in the air. It can only hold for a certain time, until the bubble bursts, but one shouldn't underestimate the essential inertia that is a function of the masses at stake and that perturbs judgment. One can interpret the current euphoric phase as if the crisis is already behind us, although nothing has been resolved yet. The most likely outcome is that we will relapse like the Arabic revolutions that turned sour. Worst case scenarios are still possible but we should still consider the very unlikely hypothesis that we will manage to avoid complete collapse (at least to repel it indefinitely). It isn't completely impossible, as we have the means to do so in any case in an era of information and ecology, global regulations and the establishment of a universal state. Especially this time, there isn't just natural inertia but active coordination between states, even at minimum, even reluctantly, which already sets us in a very different regime.

Avoiding systematic crisis, the principal worry since the bankruptcy of Lehman Brothers, could reveal itself as the already main effective vector of the achievement of a world unification. This new situation couldn't be without consequences. In the first place, to get rid of what Schumpeter called the "creative destructions" which according to him is caused by innovation ("the novelty doesn't come from the old but appears beside the old, competes with it and ruins it"). Some have even said that there is crisis only if there is innovation, which is very exaggerated. For René Passet, the necessity of these creative destructions would be rather a characteristic of complex systems obliged to pass through collapse in order to get rebuilt on a different basis. In any case wanting to prevent systemic crisis would decidedly be a way of stopping the economic evolution or at least to slow it down. Indeed, it has been clearly demonstrated, firstly by a state warranty of the banks that suppresses the risk ‘the moral hazard’ yet composing their first matter as much as their private character. Many take offense, demanding that the banks are allowed to become bankrupt in a very good liberal logic but, like the nuclear bomb, it is a bomb that has been revealed far too devastating to be released again.

However one doesn't see how we could avoid this protection being extended to other big companies including those who have a strong local impact, in what would look more like an administered economy rather than market laws. Big part of the economy could be irresistibly contaminated in the long run. So behind the posted liberalism, what is being set is a global governance that we can call cybernetic as it evolves at sight under the pressure of events and not at all according to a preconceived plan like the old planned economies. One has to see it as a major event that can be analysed like the transformation of the planetary ecosystem in an organism, thanks not only to the digital networks but also to the systemic crisis that could have made us enter in the end of liberalism. Like an organism is defined by its resistance to death, the prevention of systemic crisis (including ecological ones) contains the requirements of global regulations and change the deal regarding the international competition, a sign that we are to quit the wild economy and market jungle to form a kind of planetary organism with regulated exchanges.

We are not there yet, but wanting to prevent the closure of companies, the collapse is also preventing the recovery, to be deprived of outbursts by positive feedbacks (snowball effect) and elimination of the less performing that makes the dynamism of capitalism. We will enter in a entirely new environment and if not at an end of cycles at least to their neutralisation, an end of their seriousness and of their revolutionary character. There are no reasons to be alarmed by a slow-down of innovation and growth in developed countries (except if it is to be paid by unemployment), but we have to wonder how that can be viable.

An ecosystem isn't an organism even if it shares some similar systematic characteristics. What distinguishes an organism is that it behaves as a whole, there are internal regulations (homeostasis) and it is organised towards purposes, which are
missing from an ecosystem or a market. An organism, as a result of evolution doesn't evolve so much by it self, it is rather through learning that it evolves and not by creative destructions like an ecosystem does. An organism preserves itself and if we are to change planetary systems, (it might one day be destroyed under the weight of its own complexity, its stiffness, its inequalities, its unsustainability) the living world shows us that we can come to pass of creative destructions providing that we form a learning organisation.

As we are at the start of this process, we cannot for now expect the overturn of a global power, though still not alive, but rather its strengthening in the long run (even if we go through a phase of breakouts and conflicts in the short term). It is still fragile, quite new, but it has nothing to do with an empire whose leaders we could change, and the perspective of an economic collapse is strong enough to dictate its law with much urgency. It would undoubtedly need a last collapse to convince us, like feeling closely the blast of a bullet. This has nothing to do with a determined will, or an obscure plot, just systematic constraints. Indeed, a system is compelling, as it determines the behavior of its individuals more than the individuals impact its functioning because it is composed of circulating flux, like streams that can carry away everything. There is no alternative to the plain arithmetic. States are well informed of it and although they can call for a mythic sovereignty, they have no choices. They can't allow their economy collapse (neither the biggest companies) making us enter in this new era of stability that sets positions.

Therefore to be part of the same ecosystem and above all to know that it constitutes us as an organism; it means that politics from the right or the left can't be that different and remain inevitably at the equilibrium. Even if each presidential election promises to change everything, it never goes very far, thankfully by the way. Despite constant denials from the experience, it is very difficult to get rid of the illusion that it would be easy to change things and that it would only be a question of good will or of high aspirations, as it appears that we are thoughtful beings. Yet we are forced to consider the reality in all its complexity and seek to understand why we are where we are and how to get out of it, materially more than spiritually. Unlike what we think, the more a system is complex, the more it is robust and opposes a resistance to change and to individual deeds. We don't need revolutionary heros, it doesn't help to assume being a god that can decide world destiny, which is the natural position of the author or of the narrative language that makes us human but has little to do by its simplicity with the interacting effective processes. All what we can do, it is to displace the flux, to get networked and act locally.

Not overestimating our means and measuring the obstacles is primordial if we don't want just to talk and be satisfied with good intentions. On the contrary we shouldn't fear going backward as if social progress had just been a whim without reasons. The "social model of Europe" risks knowing new regressions but that can't challenge everything. Here as well we should be able to count on the inertia of societies. Whatever the political movement, vital emergencies, material constraints and global environment have to be taken in account, and sorted at best. So despite the ideologues of neo-liberalism, who are giving evidence of a too logical madness, inequalities when they are too glaring aren't a good thing, neither for society nor for the economy and the care for the social welfare isn't going to disappear because brainless guys from deep USA think they are alone in the jungle. As far as that goes ecological problems can't be swept under the carpet by going back to every man for himself, it is simply no more possible.

Basically, the global economical governance joins the ecological governance that imposes itself since mankind has become a geophysical force and characterises the anthropocene era. We are far away from the cool ecologists or the coming back to earth movement (farming) but one has to say that there is a huge misunderstanding about political ecology. Many think that it is just a matter of letting nature go, to act as if we weren't here and returning to a more primitive way of life, when in fact it is the opposite, a civilizing entreprise that preserves our life conditions and therefore fixes the evolution. The "natural" attitude would be to let (laisser faire) the human species do what they want, who are integrated in nature, until its destruction, leaving an empty place; its excesses being punished by its annihilation. The political ecology is opposed to this extreme liberalism, and sides rather with the fight against entropy, which sets us on the active side of the living and not one of an inert passivity or a simple ecosystem wrongly supposed to be self-regulated. We can see it with the climate who we have become responsible for not only because we are disrupting it but also because we now have the means to control it. It isn't only that we must limit the warming but that we may have to reheat the atmosphere when the ice-age comes back. Here we may have a global action, which limits itself to fix the climate as it is, to prevent it from changing and maintain a certain homeostasis. Out of this global stabilising action we can agree on, we can't imagine to change the totality just by speech. However, as long as we are alive it shouldn't stop us being concrete in detail, in our range of actions and in our daily life to make retreat death and injustice.

Are we to know the end of revolutions like the one of the creative destructions? It is a bit paradoxical to pretend at a time when there are revolutions, countries collapsing and that the worst is still expected but to make the hypothesis isn't as stupid as it looks; as despite appearances it would undoubtedly be a mistake to focus on endangered liberalism when it is a completely different system that is being established and should deeply affect the running of economies. Not to place oneself in the framework of a revolutionary rupture shouldn't mean that one can't do anything but one has to take a more experimental and progressive position, building from the bottom up, a new system of relocated production in the era of information, ecology and human development. It would nevertheless be a complete paradigm's change from the old still fashionable ideologies. 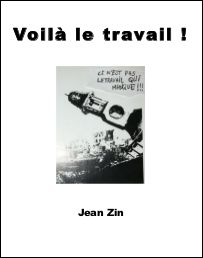 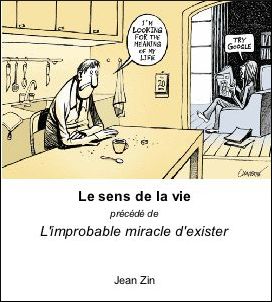 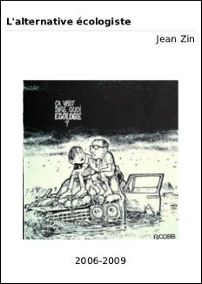 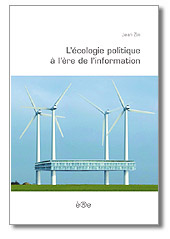 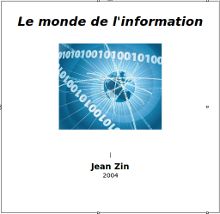 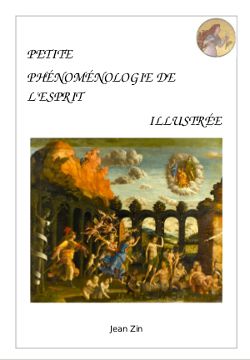 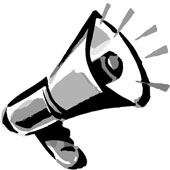